Get Ahead of Power Challenges in E-Scooters, E-Bikes, and Other Location-Tracking IoT Designs

Get Ahead of Power Challenges in E-Scooters, E-Bikes, and Other Location-Tracking IoT Designs

Love them or hate them, electric scooters are now a part of the urban landscape in cities around the world. No longer just a kid's toy, these two-wheelers are billed as an efficient way to bridge the "last mile" between, say, the commuter train and the office. Similarly, electric bikes for rent have also proliferated.

E-scooters and e-bikes are equipped with a navigation capability that lets their renters find the closest available ride. They're just one example of a new crop of mobile or wearable IoT devices that has location tracking.

Gartner predicts that there will be 20.4 billion IoT devices in the world by 2020, while Business Insider is aiming even higher, forecasting more than 64 billion IoT devices by 2025. Among the compact things getting connected to the internet are pet and people trackers, luggage, and theft prevention gadgets.

Designing location-tracking capabilities into these space-constrained products is particularly challenging from a power management standpoint. Let's take a closer look at the power challenges in this post—and how to overcome them. 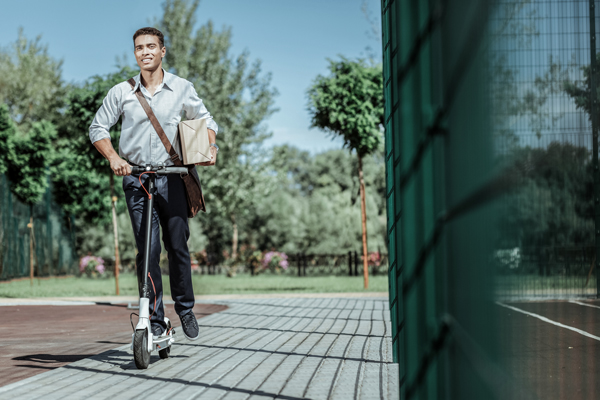 Figure 1. E-scooters and other location-tracking IoT devices come with power management challenges that can be addressed by a single-inductor, multiple-output (SIMO) power architecture.

Any low-power application comes with tough challenges in:

Add navigational features into the mix and you've got to deal with a potentially wide range of power requirements based on the different Global Navigation Satellite Systems (GNSS) available. The Global Positioning System (GPS) is used in the US., while Europe has Galileo, Japan has QZSS, and Russia has GLONASS. GNSS satellites broadcast a message (L1 signal) that includes the satellite's identifying signature pattern, location, as well as the time. A receiver relies on the signal to determine its position, calculating its distance from at least three or four different satellites. This process could take anywhere from seconds (in a hot start condition) to minutes (cold start). GPS is known to be rather power-hungry, which puts it at odds with the low-power devices that it's being designed into.

While hot starts are clearly advantageous, the fact that location tracking for many of the products we're discussing here has to be fairly constant weighs on the battery. It's a compute-intensive endeavor. Here's how a Google software engineer answered a question about GPS and battery usage in smartphones on Quora:

"GPS is expensive because it is a very slow communication channel—you need to communicate with three or four satellites for an extended duration at 50 bits per second. There is no time division as in other communication mechanisms, necessitating powering the antenna for the duration of any communication. Worse, while the GPS is on, the system cannot enter a sleep state. Mobile devices such as Android and the iPhone achieve their battery life largely because they can aggressively and quickly enter into and exit from sleep states. GPS prevents this."

Many phones use both GLONASS and GPS chips to increase location accuracy. But, typically, GLONASS is only activated when the GPS signal is poor—an approach that preserves the phone's battery life.

So, what can you do to bring down power while still enabling continuous, accurate location tracking in compact IoT devices? Some of the answers lie in your power converter architecture. Instead of going with traditional multiple DC-DC solutions, consider a single-inductor, multiple-output (SIMO) power converter architecture. By reducing the number of bulky and expensive inductors needed, a SIMO architecture delivers space savings and high efficiency for extended battery life.

One of the newest solutions in Maxim's SIMO portfolio is the MAX77654 ultra-low-power power-management IC featuring a SIMO buck-boost regulator, two low-dropout regulators (LDOs), and a highly configurable linear charger. See Figure 2 for a block diagram of the MAX77654. The device's buck-boost regulator provides a total output current of up to 500mA and an output voltage range from 0.8V to 5.5V for all SIMO channels. The 500mA of output current is important to highlight here. As location-tracking devices aim to eliminate dead zones by tapping into more satellites, this creates an even more compute-intensive situation that requires that level of output current. There are a few other features of the MAX77654 that make it ideal for tracking devices, as well as hearables, wearables, and other compact IoT applications: 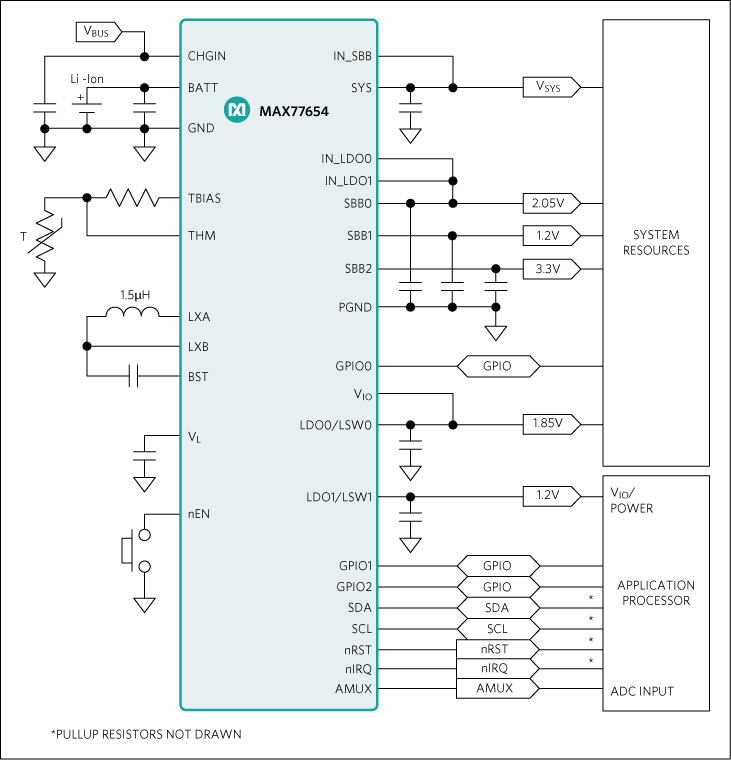 With a single part, you can cover multiple rails on the end device. So as you plan for your next location-tracking or other compact IoT device, consider how a SIMO power converter architecture can help you meet your design targets.