/
Back to Black with Backlight Local Dimming

Back to Black with Backlight Local Dimming

In this design solution, we show how a 12.3-inch automotive LCD display backlight panel housing a full-array of 256 LEDs implements local dimming for true black using only four chips. The LED driver ICs and the voltage source that powers the LED strings are connected with a feedback loop that assures proper voltage headroom to the four LED drivers' output, minimizing overall system power dissipation.

It was a dark starless night…or was it? You know the story but now, watching that movie scene on the display in the back of your car, it looks more like dusk. What’s the problem?

LCD displays are ubiquitous in modern cars, from instrument clusters to center-stacked touchscreens, rear-seat entertainment, and more. With displays playing an increasingly critical role in helping the driver navigate the road, their ability to accurately report information is critical for the safety of the car occupants. Concurrently, rear-seat entertainment displays require high-quality images that don’t diminish the movie’s intended dramatic effects.

One shortcoming of traditional LCD displays has been the use of edge-lit backlights. Since the backlight LEDs are located along the edges of the panel, the LEDs can’t be completely turned off because PWM is set globally. This will make the display not truly black but dark gray.

New LCD displays solve the problem by reengineering the backlight, from edge-lit to full-array LEDs (Figure 1). Now the LEDs are uniformly distributed along the panel surface and each LED, or a small zone comprised of a few LEDs (one to four), can be individually controlled from full luminosity to full darkness. With local dimming, deeper blacks and more impressive contrast in the picture are obtained.

So, you guessed it, you were watching your movie on an edge-lit display.

In this design solution, we discuss the main requirements for a modern full-array backlight and subsequently propose a local dimming LED driver IC that provides a high-contrast and high-dimming ratio, high current, high accuracy, low EMI, and a small solution size. 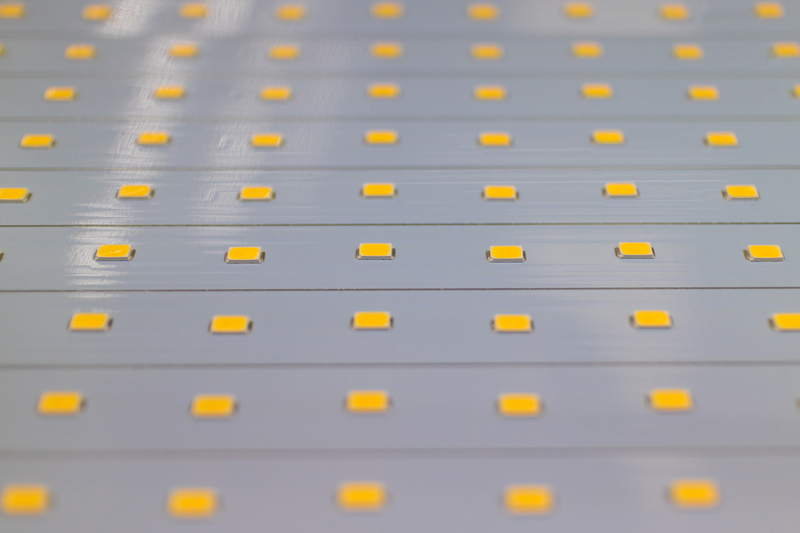 As an example, a 12.3-inch instrument cluster display backlight panel is populated with a matrix of 256 LEDs. By dividing the 256 LEDs into 64 4-LED zones, the local dimming can be accomplished with only four 16-channel LED driver ICs. A 2s2p configuration of the 4 LEDs in a zone assures string continuity even if one diode in each parallel element is open.

One of 16 channels is shown in Figure 2. The MOSFET-op amp-resistor ensemble is the current sink powering the 2s2p LED string, which can be dimmed with a switch via the op amp (OA) or shutoff. Two comparators provide overvoltage (VTHH) and short-to-ground protection (VTHL). 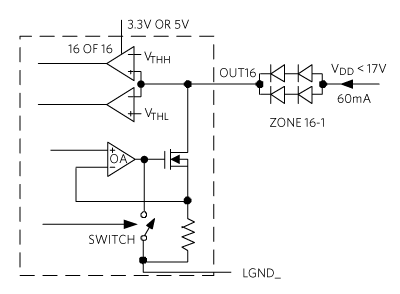 Figure 2. LED driver diagram with one of 16 channels.

Each IC must operate under different conditions, including dissipating the power associated with 16 channels operating all at once.

As an example, the IC with a junction-to-ambient thermal resistance (R) of 29°C/W, TA = +70°C and a maximum junction temperature of +150°C will dissipate:

With a current (I) of 60mA per channel (30mA per diode) and with all 16 channels ‘on’, each channel output voltage (VOUT) must be equal or less than:

With a drop of 7V across the 2s2p LED zone (3.5V per diode), the string supply voltage (VDD) should be set equal or less than:

A feedback output pin (FB in Figure 3) is necessary to control the external DC-DC converter so that voltage headroom can be optimized, and the overall system power dissipation reduced.

As an example, the MAX21610 is a 16-channel modular backlight driver for use with automotive displays (Figure 3). The integrated current outputs can sink up to a 100mA LED current, depending on the ambient temperature. Device power comes from an external 3.3V or 5V supply, while the LED current-sink outputs can operate up to 17V. The global LED current for all strings is set through a serial peripheral interface (SPI), with individual PWM settings for each of the channels. Up to 10 devices can also be daisy-chained to reduce connection complexity. The MAX21610 is available in a TQFN package and operates in the -40°C to +125°C temperature range. 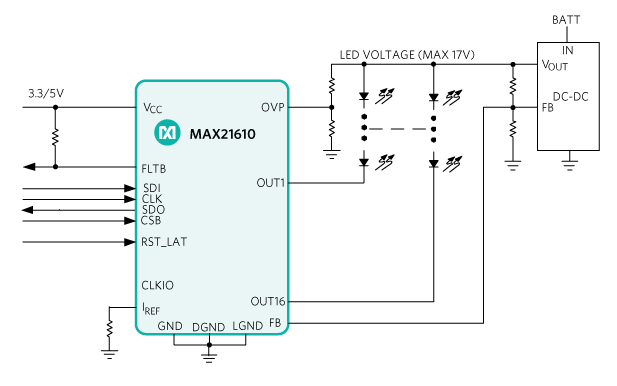 When mounted on a four-layer board the junction-to-ambient thermal resistance is a low 29°C/W, allowing for power dissipation in excess of two watts. A 15-bit dimming ratio allows for up to 32,768 PWM dimmings at 200Hz, achieving the high dynamic range (HDR) display specification. Other important features of this IC include open and short LED string detection and protection, overvoltage protection, thermal warning, and thermal shutdown. Spread spectrum and channel phase shifting minimize EMI, while a 1% current-setting accuracy yields high color fidelity. Local dimming increases display contrast by making the black look deeper.

The search for true, deep black in LCD displays is driving the transition from edge-lit to full-array LED backlights. In this design solution, we showed that a 12.3-inch LCD display backlight panel, populated with an array of 256 LEDs, can be effectively driven with just four daisy-chained LED driver ICs. Low IC or PCB thermal resistance assures maximum power dissipation capability. A feedback loop that connects the LED driver ICs and a voltage source that powers the LED strings assures proper voltage headroom to the four LED drivers’ output, minimizing the overall system power dissipation. These two concurring effects allow delivery of up to 100mA per channel while remaining within the application’s thermal envelope.

A similar version of this design solution originally appeared on All About Circuits on February 04, 2020.

Are you sure you want to Request Company Account?